SEQ: Learn How Timothy Griggs Developed The TGS App To Demystify And Manage Your Credit Score

By Kamau Austin
Timothy Griggs, an accomplished entrepreneur in mortgages and real estate, is troubled with how debt hinders or marginalizes even his potential high income clients looking to buy real estate.  According to an Oct 2019 article Of Make It On CNBC "Real estate is still the best investment you can make today, millionaires say...".  Timothy is moved to create a tech solution to current credit and wealth creation problems.

Griggs is the Founder of The Good Steward, financial system (TGS), a mobile app that helps subscribers keep on top of their financial affairs.  He is a mortgage broker with over 20 years experience and real estate investor.  And his tech innovation is a timely tool for those looking to drive insightfully on the road to financial success.

Griggs often alludes to the fact that whether you are looking to buy your 1st home or rental properties you have to watch your debt-to-income ratio (DTI).  Of course developing a good debt-to-income ratio is essential to utilizing a viable credit score and therefore geared towards buttressing financial success for most of us in the process.
However, understanding the protocols and algorithms on credit scores and debt-to-income ratio calculations is a mystery to many people. Nevertheless, app visionary Timothy Griggs, looks to demystify and harness the protocols and algorithms that inform debt-to-income ratios, credit scores, and ultimately mortgage/loan approvals to empower you towards your financial goals.
However, before we can truly appreciate what Timothy Griggs, and his TGS app, brings to the table let's take a look at how debt can hurt or help you.

Article On Timothy Griggs Founder of The Good Steward, financial system (TGS) Continues After Sponsor's Messages Below...
Please Support Our Ad Sponsors Who Make This Community News Blog Possible. And Don't Forget To Tell Them You Saw Their Ad in The Scoop! 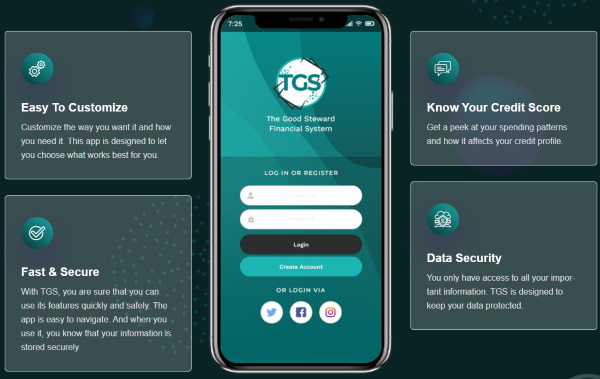 Are You Ready For Financial Freedom? Then...

Get RICH While Black...
Without Being An Athlete, Entertainer, or Drug Dealer 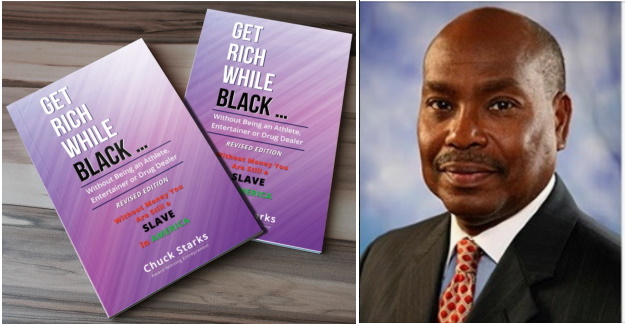 "Without Money You
Are Still A Slave In America"
Black wealth is only 10% of white wealth now. Do you know Black wealth is projected to have a median income of zero by 2053?
How can we survive a global economic crisis driven by the Coronavirus with little wealth to fall back on? Get the scoop on how highly successful entrepreneur Chuck Starks, who built one of the fastest growing US businesses, looks to show us how to survive economic downturns in his Revised Edition of his ground breaking book: "Get Rich While Black... Without Being An Athlete, Entertainer or Drug Dealer".

Topics Discussed:
And of Course, “How to Get Rich While Black…”
This book is a must-read for all Black Americans and can be purchased at all major book retailers (Amazon, Goodreads, Walmart, others).
﻿
Parents make sure your children have a copy of this book and they will have a much better chance of being financially successful in America.
YOU DESERVE TO “BE” RICH WHILE BLACK…$$$
Where to Order? The book is available to order a copy on Amazon
Checkout My Exclusive Interview with Author Chuck Starks Click Here

Posted by Dadpreneur Productions at 12:23 AM