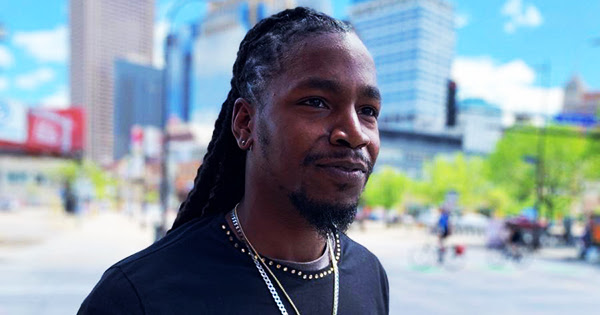 Nationwide --  In St Paul, Minnesota, an artist, musician and fashion designer who calls himself London tha Arsonist says that he was wrongly arrested and had his legally-owned firearm illegally confiscated by the police. London says that he is a law abiding citizen that has received high level training in the safe use of firearms for self defense purposes by former police officers. However, this didn't matter when he says corrupt local police arrested him, put him in jail and took away his legally owned firearm.

He was arrested following a narrow escape when he was nearly run down by a car that was being driven dangerously in full view of witnesses. None of this mattered to the Police Department who showed their racism, acting under the supposed color of law to enforce their own anti-constitutional regulations based on bigotry and corruption.

Please Support Our Ad Sponsors Who Make This Community News Blog Possible. And Don't Forget To Tell Them You Saw Their Ad in The Scoop!
----------------


London comments, "In violation of state law, the St Paul Police Department are extrajudicially punishing law abiding citizens while allowing criminals a free pass. As a result of my legal training, I found this case very interesting because it seems to represent a much wider problem that our society is facing. It is refreshing to see law abiding citizens taking action to try to reduce the corrupt criminality of an out of control police force in the hope of restoring law and order to the streets of St Paul."

He continues, "Having commented on social and legal issues for some time now, I have been dismayed to see so many of the great strides forward that were made by the Civil Rights Movement for communities of color being destroyed by racist police forces who have slipped back into the disgraceful ways of the Jim Crow Laws of the South and are not only selectively applying the law, but outright breaking it themselves."

Police are allegedly breaking state laws and ignoring the Constitution

Contrary to the state law, London says that his legally owned firearm has yet to be returned, and as a result, he has been forced into this position by "the corruption and racism of the St Paul Police Department." He is now considering suing the force in order to put the matter in front of a courtroom and finally receive justice.

From a legal perspective he is acting in a correct manner. Despite the threatening and illegal behavior of the Police Department, London tha Arsonist is standing up for his constitutional rights in the face of these outrageous infringements on his human rights.

London says that corruption in the St Paul Police Department is infringing on the rights of local citizens while ignoring genuine criminal gangs that are running riot.

He continues, "The Police Department in St Paul have been ignoring the violent and threatening behavior of a dangerous local gang, who call themselves the St Paul Pistol Boyz, and instead are committing fraudulent arrests and violating the constitutional rights of well meaning citizen activists who help the youth; working with the arts, fashion and music to inspire the next generation."

The St Paul Pistol Boyz are reportedly firing shots throughout the region and threatening local civilians. Their actions are putting the lives of families and hard working people at risk, and yet, the St Paul Police Department are more intent on trying to destroy the lives of innocent, law abiding citizens as a result of bigotry, ignorance and arrogance.

"No police force is above the law, and their actions are a disgrace not only to themselves but also to their entire department. The officers responsible need to face disciplinary hearings and if necessary, be stripped of their badges," London says.

Suing corrupt police in the pursuit of justice

London says that when he heard about the plight of another man who had fallen victim to the vicious police activity, he decided to help him and work together in the pursuit of justice.

Both of these men seek justice, and rightful compensation for the wrongs committed against them by officers acting illegally under the color of law. The deliberate delay in returning a legally owned firearm to it's lawful owner is anti-constitutional, morally wrong and a violation of the officers' own oaths.

London has dedicated his life to improving the lives of others. He is a musician, artist, businessman and fashion designer, who works daily to inspire the youth of his community to live their own best lives. He tries to show the younger generation that they can be happy and successful without falling into crime or joining dangerous gangs such as the Pistol Boyz.

His dedication to improving the community around him and the world at large, makes him a notable civil rights activist who has been wrongly targeted by a corrupt local police force.

London tha Arsonist has put the local police department on notice that they will be sued for their infringements on his constitutional and human rights. His legally owned firearm was confiscated, unlawfully, on the January 24, 2020, and yet, months later, it has still not been returned.

"This is a tragic case of injustice," he says, "but it is only one of many." The difference in this case is that the wronged party is standing up for his rights in the face of police oppression and bigotry. He continues, "I can only hope that this sends a message that the days of Jim Crow are long gone and will never be coming back in the United States of America. Police departments, all over the country, need to focus on arresting violent offenders instead of pursuing false claims against innocent, law abiding, citizen activists who are trying to improve the lives of their communities and the younger generations."

Posted by Dadpreneur Productions at 9:25 AM