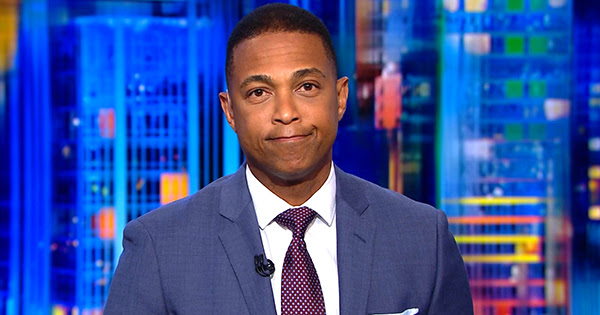 Nationwide -- The law firm that represents CNN's Don Lemon - Pierce Bainbridge Beck Price & Hecht LLP - is being accused of running a "racially charged sham" investigation and "lying in sworn affidavits" to smear Don Lewis, a former partner who is African American. Lewis says he learned about shady financial dealings, said something to the boss, and was retaliated against through a nationwide smear campaign.

According to Lewis, John Mark Pierce, the head of Pierce Bainbridge, is a "natural born liar." Pierce's partners apparently follow his lead. Lewis notes: "Christopher LaVigne and Denver Edwards lied in sworn affidavits to obliterate my reputation and destroy my career."

The fallout for LaVigne and Edwards could be devastating. In addition to the New York State Bar potentially meting out discipline, if the affidavits are in the required form, and if the Pierce Bainbridge partners did lie, then the New York Penal law on perjury, a felony, could come into play.

The entire situation has a repulsive stench. Lewis says the affidavits were secretly filed in May, but Pierce Bainbridge said nothing. Instead, the firm and its counsel S. Jeanine Conley (Littler Mendelson) appear to have engaged in a deceitful charade of negotiations while scheming in the dark. The alleged diversionary tactics included Conley claiming she "misread" a one-page letter one day, and had a "Gala to attend," the next. Lewis learned of the affidavits over three months later through a phone call from a reporter. Lewis secured copies and says: "What I found was alarming. Chris and Denver swore to tell the truth, but they both lied; I have ironclad proof."

LaVigne is no stranger to dishonesty. He represented Donald Trump ally, George Papadopoulos, who went to prison for lying in the Mueller investigation.

LaVigne smearing Lewis, his long-time hockey teammate, is particularly troubling. Lewis notes: "LaVigne said he 'almost got fired' when the firm received my draft Complaint." It appears that Pierce Bainbridge put pressure on LaVigne who chose to cave and 'sell out' his former partner.

As for the sexual misconduct allegations, Lewis has said all along they are "entirely false, never happened, made up of whole cloth." Pierce Bainbridge General Counsel, Carolynn K. Beck and, her friend, investigator Michael Yim (Putney Twombly) buried evidence, including texts Beck had on her personal phone. Lewis says: "It will be entertaining to see Beck and Yim try to defend their actions; highly entertaining."

His sworn submission in Los Angeles, bolsters Lewis' position that the allegations against him are bogus; he declared: "Putney's own counsel has hinted that the [Putney investigation] report does not say what Pierce Bainbridge claims it says. This is consistent with LaVigne's comments to me that the Putney report is inconclusive and that nobody at the firm believes the False Accuser." Lewis has yet to see the report because Yim broke his word and reneged on a promise to provide a copy.

Neal Brickman, counsel for Lewis, notes: "In their effort to demonize Mr. Lewis and destroy his reputation and career, Pierce Bainbridge cannot keep track of their own lies. They argue one thing in New York and allege the complete opposite in Los Angeles. Unfortunately for them, we have contemporaneous e-mails, texts and Slack messages that definitively show that they have lied to the courts on both coasts."

The real-time messages reveal Pierce's piggish views of women. Pierce writes about "psycho females," "chicks" as "fu*king whack jobs" and disparages his ex-wife to the entire firm. Pierce's misogyny, coupled with the apparent racism directed at Lewis, is at odds with Don Lemon's advocacy for minority rights.

Other writings cast doubt on Pierce's:

* Honesty - Schaefer-Green: "all John does is lie to me;" LaVigne: Pierce "is losing track of his lies."

* Loyalty - LaVigne: "John is a snake. Not sure what he's up to. But it's no good;" the firm's bookkeeper: "Fiduciary duty means nothing to [Pierce]."

* Stability - The firm's bookkeeper: "John may potentially be bipolar... may it's just the drinking and the narcissism;" Lavigne: Pierce "is a [blacked-out word] and a fu*kin lunatic."

Pierce Bainbridge bills the firm as, "The Next Generation of Litigation Excellence;" to the contrary, a former partner described it as "free for all with a narcissistic sociopath at the helm."

Lewis' fight to clear his name soldiers on. The double Harvard graduate remarks, "Pierce Bainbridge lies, lies again, and lies some more, now partners Chris LaVigne and Denver Edwards have lied in sworn affidavits to demonize and destroy me. Shameful is an understatement. The truth will rise to the top."

Posted by Dadpreneur Productions at 4:56 PM