SO, CHECK IT OUT: I was a twenty-two year old singer in the early 90s when I first met the not yet thirty year old Wynton Marsalis, while we were both involved in a recording with legends I won't even name, because it sounds mind-boggling when I say it to myself.  The biggest joke in the studio of that day was that a kid who was younger than the drummer's favorite brushes was on this gig.

Wynton, in his singularly earnest and cool/poetic way, made a public comment after we talked for a hot minute about how the path ahead of me was one that, if they all thought about it, was not necessarily one to envy!  Fine wine COMES from young grapes; usually after a good stomping and plenty of time.

I was as nervous meeting Wynton as I was the other legends we were involved with, because in the 80s, when I was in high school, he and his brother Branford were making my father and grandfather's music popular again.  With his albums HOTHOUSE FLOWERS and IN A J MOOD, Wynton, student of Art Blakey, took the essence of mid 60s Miles Davis and early Herbie Hancock and turned them into secret ingredients; ones that, combined with classic Ellington and timeless Louis, created an aroma after baking that permeated the soul of America.

That chef’s blend seasoned with his own post-Freddie Hubbard genius produced a new hunger for Black magnificence in jazz that made my teenage heart nearly burst.  To meet this young phenom years later was an honor.  To WORK with him, in the studio, while in the service of legends, was a dream.

Article On Wynton Marsalis And Hip Hop Continues After Sponsor's Message Below...

Marsalis On Hip Hop Continues Below...

Which is what has always made Wynton's Martha’s Vineyard-like excursions into Respectability Politics so heartbreaking for me from the very beginning.  Wynton's musical & intellectual gumbo was always enough to feed the world; he never needed to follow it up with Bill Cosby's "pound cake" for dessert.

Yet sometimes it seems like he always does.  Indeed, it was never until I was force-fed a disdaining view of my own poverty-stricken neighborhood in the Bronx (where Hip-Hop, lest ye forget, was born) from this oh so middle-class New Orleans boy now living in midtown Manhattan decades ago that I, in my twenties, began to wonder: maybe Jon Faddis or Terence Blanchard are the true Black Gabriels of our age, and Wynton is just the jazz musician for white people who don't like Black people—or jazz, for that matter.  It hurts.

It doesn't hurt the way discovering how Weinstein REALLY felt about women underneath all the great movies he produced with quality female roles does; Wynton (to my knowledge) has never for a moment considered doing that kind of damage to anyone.  And it doesn't hurt any more than a general reflecting on the vestigial remnants of the pain from seeing the blemishes on any hero's face when you were a kid does now.  But hurt, just a little, it does.

Like Shroedinger's Immigrant, who simultaneously sits around collecting welfare checks and steals hard working white men's jobs, Shroedinger's Muse is the young Black boy from the ghetto (i.e., my ghetto) who is too weak and unworthy of  earning a place in heaven, but is still somehow strong enough to kill the Respectable Black man's God.

That sound you heard when you first read Wynton declaring rap music as more destructive to the Black community than Confederate monuments might have been the echo from my heart breaking.  The sound of my heart breaking, in this instance, is the soundtrack of movie music in my mind; a movie with a scene of cultural sophisticates excitedly welcoming the Pulitzer Prize-winning artists Wynton Marsalis and Kendrick Lamar to the same black-tie party, but awkwardly suppressing that excitement because of the bitter and confusing disdain one would presumably have for the other (a disdain to which only the most close-minded of middlebrow mediocrity could relate).

The sound of my heart breaking is the sound of Black people in my mind turning Pandora to R. Kelly after reading a headline transcript of Wynton's latest cultural Turette's syndrome outburst against Hip-Hop, justifying it by saying some version of "this is why I don't like jazz." The sound of my heart momentarily breaking, in my mind’s ear, is the sound of me involuntarily questioning the artistic relevance of a middle-aged man who seems to be so embarrassed by some of his family members that he momentarily becomes an apologist for his enemies.

I will (probably) never listen to Wynton’s music with the presence that lament brings.  At least not one that is as intense as the kind that rises melancholic, like when I see a funny scene from a Cosby Show episode or a fourth wall-breaking monologue from House of Cards on my television.

But when I hear him speak, and conflate terrorist monuments with the contributions of Grandmaster Flash, LL Cool J, Chuck D, Queen Latifa, Biggie, Tupac, Mos Def, Cube, Snoop, Jay-Z, Nas, A Tribe, Drake, Nicki, P. Diddy, Chance, The Roots, Kanye at his most brilliant and countless others, my heart—which after thirty years heals like Wolverine's but breaks (and bleeds fine wine) nonetheless—would understand if I did.

The sound of my heart breaking, like the sound of Shroedinger's Muse, is currently being muffled in my house by the pianism of Gonzalo Rubalcaba.  Because truth isn’t the only thing that hurts. 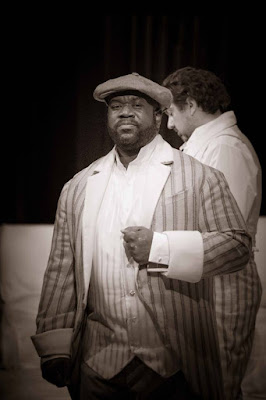 Posted by Dadpreneur Productions at 2:18 AM