Does The Film Black Panther Have A Message To Southeast Queens Residents?

Senator James Sanders Jr. (D-Rochdale Village, Far Rockaway) hosted a free Black Panther movie screening on March 1, 2018 at Grand Avenue cinemas in Baldwin, NY. More than 300 people, many dressed in African garb, attended the event, which was followed by a spirited Q & A session about the film and its message.

The movie takes place in the fictional African nation of Wakanda. The lead character of Black Panther was created back in 1966 by Stan Lee and Jack Kirby, first appearing in the comic Fantastic Four #52. Black Panther's real name is T'Challa and he is the king and protector of Wakanda. He must face two powerful foes - Claw and Erik Killmonger. 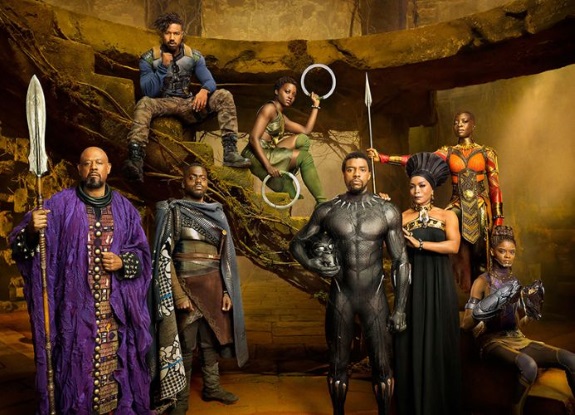 The themes within the movie go far deeper than the typical superhero action film, examining the structure of the black family, identity, relationships and much more. The Black Panther must consider whether Wakanda should remain isolated and keep its wealth and safety or lower it's defenses and expand to help people of African descent across the world.

Many people who participated in the Q & A, which was led by Senator Sanders after the film, were mixed on the answer to that question as well. We won't reveal what Black Panther ultimately decides because we don't want to spoil the film for those who haven't seen it.

"They are giving you a bunch of different images in this movie," Sanders said. "They are speaking of the traditional African family, which similar to the traditional family of folk all over the world, but it also looks at the modern day and the pressures facing the African-American family and some of the havoc that we see."

We would like to extend our special thanks to Rudy Radnauth, owner of Grand Avenue Cinemas for allowing us to use his space. We would also like to thank our co-sponsors Senator Leroy Comrie and Assembly Members Clyde Vanel and Alicia Hyndman.

Posted by Dadpreneur Productions at 10:00 PM