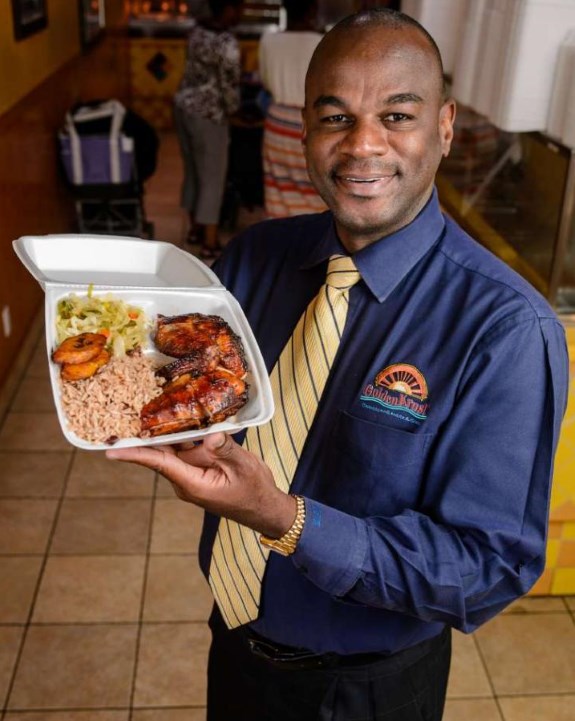 Various major media outlets are reporting that Golden Krust, Founder and CEO Lowell Hawthorne, may have killed himself over tax problems and legal labor disputes.  The New York Times reported "The city's medical examiner's said Hawthorne shot himself in the head at his Bronx factory on Saturday."

According to the New York Times account Hawthorne shot himself around 5:10 pm on Saturday.  Other media outlets are reporting that Golden Krust was being investigated for owing million of dollars in taxes.

We don't know if any or how much of the major media reporting is valid.  The truth is still unfolding. 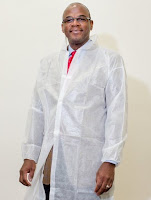 I am concerned some of the major media are doing their rush to judgement or regular negative spin on a Black person to get eye balls and sell papers. That's what they do far too often in my opinion.

For instance the New York Post emphatically states "The 57-year-old Jamaican-born owner and married father of three, shot himself in the head in his office at the meat-pie plant on Saturday amid fears the feds were investigating him for evading millions of dollars in taxes, law enforcement sources told The Post."

The New York Daily News, citing court records, reported that Hawthorne had amassed a large amount of tax debt and was also being sued by a former employee for lost wages.  The news source goes on to claim that the business mogul owed a former employee overtime pay.  This media source also claimed he also owed other employees overtime pay who were involved in a class action suit against his company. You can read more on the NY Daily News claims here.

So a lawsuit for thousands of dollars or even the feds being on him about taxes isn't like the end of the world. You would think he could work through these problems.

It should be noted that Lowell Hawthorne, overcame many problems in his business including losing the major distributor for his patties, and spending 7 months learning how to create outstanding patties.  He also faced mob intimidation which you can hear about in the 2nd video below at the end of the article. The major media seemed to miss that issue.

Mr. Hawthorne overcame a lot of adversity to build his food franchise.  You would think he could handle a tax problem or labor disputes by scaling back on charity or expansion efforts.

However seasoned journalists say it isn't uncommon for successful business people to kill themselves over tax issues. Carolyn A Butts, publisher of African Voices, a respected professional writer and journalist stated " To commit suicide you have to be deeply depressed. No person who is fulfilled in their life is going to end it by shooting himself in the head. It is a violent way to kill yourself. Apparently, he may have had tax problems that triggered his depression. It is truly sad."

Another seasoned veteran in the media business opined on Hawthorne "He was honest and hard-working. But he loved money and thought he could cheat on his taxes and cheat his workers. This happens to a lot of small business owners, Black, White and Latino. And many get caught."

The investigation is ongoing and story still unfolding.  However, if Mr. Hawthorne, had tax and labor problems causing him to be depressed, he nevertheless was an inspiration to the community, and gave to many charitable causes.  Many will remember him for his tremendous business and economic legacy.

"We are at a loss to conceive the notion that Lowell Hawthorne, the baker's son from the Jamaican hilltop community of Border, whose culinary gifts and can-do spirit gave birth to a surging restaurant and food retail enterprise that employs several hundred people in locations across America, is now gone to us," expressed Miller.

"Since its creation, Golden Krust has always been more than a franchise. It is both an expression of cultural pride and devotion to community. I wish to extend my condolences to the Hawthorne Family for the sudden and untimely passing of their beloved Lowell. We will not soon forget the many contributions of the man who took the taste of the Caribbean to the world."

Posted by Dadpreneur Productions at 12:53 AM